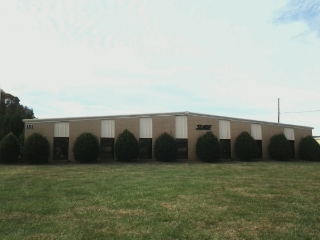 Slade manufactures all of its own patented graphite yarns. The advantage is that each individual strand has its own unique core made of high tensile carbon fiber. The graphite yarns are protected by US & EU patents. They were developed to conduct heat like steel alloys, to transfer the heat away from the pump shaft and valve stem.

When Slade Foil cut rings are compressed more than 25% and die-formed sealing rings are compressed 15-20% (the denser the better), die-formed density is achieved in the stuffing box. This forms a “heat sink” in the stuffing box, eliminating the need for flush-water to cool the pump shaft sleeve in most applications. In addition, Slade reduces the number of oxidation sites in the packing graphite yarns so that 3300G can be used in more severe temperature and chemical applications than competitor’s packings.

Slade Incorporated has become a globally recognized company with all manufacturing performed at our facility located in Statesville, North Carolina USA. Founder Bob Crosier started Slade by drawing on his lifetime of experience in the sealing industry. Originally, Slade was to become a yarn manufacturer, supplying the packing industry with the first braidable expanded graphite yarn. Slade patented this newly developed technology in both its design and the machinery used to produce the graphite yarns.

With representation in over 65 countries, Slade continues to expand its global presence through service to industries and by providing quality pump, valve, and flange sealing products.